Casual Ways to Promote Yourself at Work 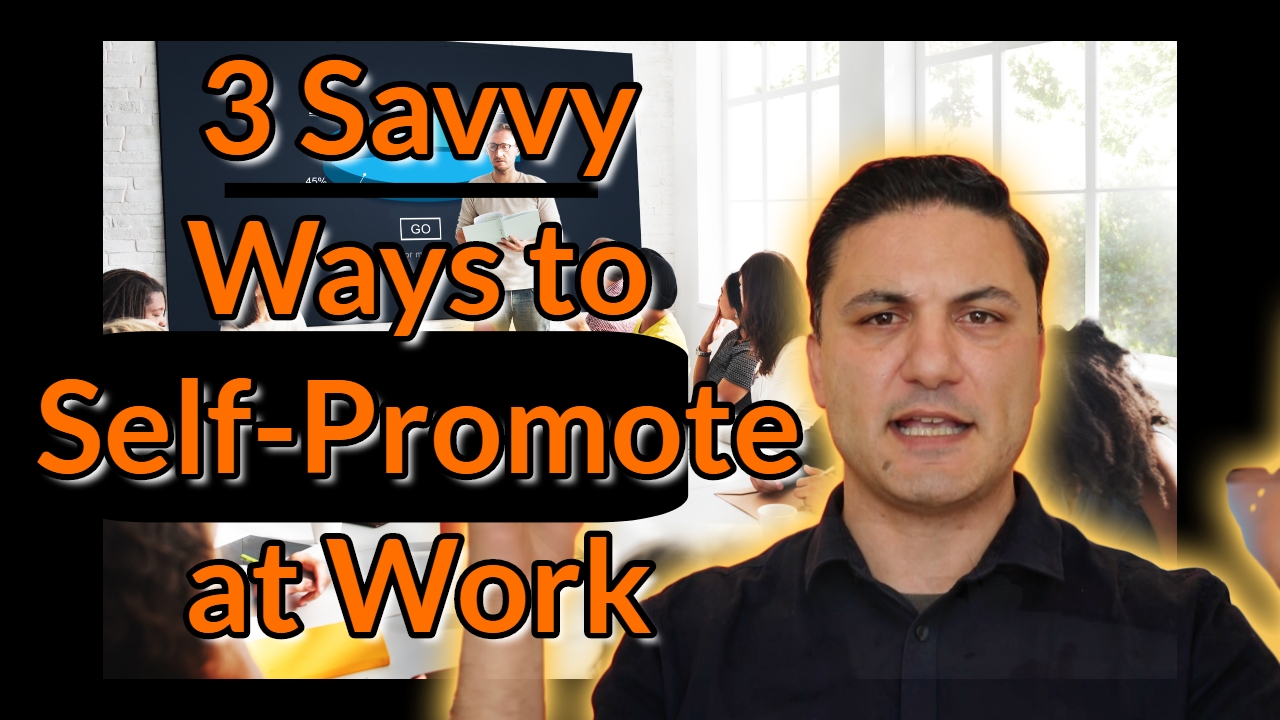 Here’s the dilemma: You’ve been working hard on your projects and you’ve been getting things done effectively. You’re ready for a promotion, raise or other opportunities. To make it easier to advocate for you, your manager tells you to promote yourself more within the department and company.

But now you’re lost. How do you do that without bragging?!

In a previous article, we broke down 3 high-level strategies to raise your visibility. It involves taking more speaking opportunities, getting involved outside your team and connecting with leadership. Those strategies help with visibility overall.

In this article, you’ll learn what to say when you’re promoting yourself, but in ways that are casual yet powerful.

Next time someone at work asks you how you are doing. Don’t settle for the usual gossip; don’t toot your own horn obnoxiously, instead casually, self-promote using the formula you learned here.

Another great way to promote yourself is by acknowledging or appreciating your team publicly.

This works best in a cross-functional meeting or a larger department meeting after your team has achieved a milestone. It can be this simple:

“I want to take a moment to acknowledge my team. For the past 3 months, they’ve been working on [specific, challenging issue related to a company/department initiative]. There were a lot of struggles along the way, but they collaborated to move it forward under a tight deadline.”

Let’s break this down for a moment. Why is this effective?

Well, by talking about your teams’ accomplishments publicly, you’re giving them credit to a wider audience – both highlighting your role as a leader, but more importantly, as a humble leader who recognizes that it takes a team to get hard things accomplished.

The other aspect is being precise. Notice how you’re talking about a tangible challenge related to the company or department’s initiatives. You’re tying yours and your team’s work to broader goals. This makes it real and significant to everyone listening instead of a vague acknowledgment.

The last aspect is making it clear that it was a challenge. This makes it more relatable and less “braggy.” If you got up and just talked about all the results the team achieved, there’s a risk that it sounds like boasting without context.

If this is something new for you, practice within your team first. Give them acknowledgments on clear behaviors and outcomes that you are proud of.

A third way for you to casually promote yourself at work is through customer success stories. This is a great way because you’ll be sharing a success that happened with one of your customers that could either be external or internal (such as partners or other employees). By sharing a success story of someone that you worked with and helped, that would tie you to that success because you were a part of it.

For example, if you work with external clients and you first helped get them set up, helped them along the way and worked through to achieve what they wanted then their success is just as much yours.

A story could be: “I know this strategy works because I implemented it with a client recently and it had great success. The client first came to us because they weren’t happy with their current CRM system. It kept messing up and would cost them enormous amounts of money every time an error happened. So I talked with them and guided them into our system using [xyz] strategy and after implementing it they found almost no more errors coming up in what seemed like a daily occurrence before; thus saving them millions a year.”

There’s a structure to the customer success story that you can use every single time. The structure is:

Pain = the client (in the shared story) wasn’t happy with their CRM system because it kept costing them money from the errors.

Process = the person implemented their system for the client.

So there you have it! Now you don’t have to be worried about sounding arrogant or that you’re tooting your own horn.

My recommendation is to pick one you can do this week. It might not be what you’re used to, but it’s what’s required when you need to promote yourself. We’ve developed these different ways to promote yourself at work by working 1:1 with clients. We’ve seen that it takes some “massaging” in terms of tone, delivery and confidence to start making this second-nature. If you want direct feedback and like learning quickly, contact us about 1:1 coaching. You’ll work with an expert coach on your specific challenges.