Your company culture is one of your most valuable assets.

It can be one of the unique differentiators. It will help you attract the best team members and unleash them to create great things.

If you want to understand it pragmatically and spread it beyond the posters and meaningless workshops, then read this article.

For example, company culture is what Ray Dalio counts on. Ray Dalio is known for his Warren Buffet-like stock market performance, founder of Bridgewater Associates, managing over $160 billion of assets.

What is Company Culture?

“A culture and its people are symbiotic—the culture attracts certain kinds of people, and the people in turn either reinforce or evolve the culture based on their values and what they’re like.”

Meaning: An organizational culture is an ecosystem your people work in. The ecosystem supports the right people and rejects the wrong ones. It might sound harsh, but that’s how Bridgewater Associates preserve their culture.

The 3-pillars of company culture

What holds people in tribes, villages, cities, and countries together?

Of course, you knew this. According to Harvard Business Review on Communicating Effectively even early studies from the 1960s demonstrated that people tend to move closer to other people physically when they share social values.

Meaning: If you want to get people to work well together, make sure they share the same values.

One of Bridgewater Associates’ values is “Transparency.” And they enforce it to the nth degree. It got them some bad press recently, and that did not deter them because they know what they stand for, and that’s what attracts the right people to work there.

What’s the top value of your organization?

You might have several, and that’s ok as long as you believe in them.

One of our top values at Magnetic Speaking is “Continuous learning.” If you are not open to learning and developing and getting feedback, you will find it very hard to work in our team.

Principles to operate from

If values are what holds people together, then principles are what helps them operate better.

When I worked at Taco Bell in High School, my manager always said that “the customer is always right.”

What! That can’t be true, I thought.

Of course, that did not matter, and I had to behave as if it’s true because customer service was a very high value at the Taco Bell branch I worked.

That’s an example of a principle that served to propagate the value of customer service.

“Principles are fundamental truths that serve as the foundations for behavior that gets you what you want out of life. — Ray Dalio

Just like with values, you can have as many as you can authentically apply.

Sometimes less is more. << this is a principle

One of our principles at Magnetic Speaking is to “always give the benefit of the doubt.” We, as a communication company, know that communication and intention are two different things. Sometimes they align, but sometimes they don’t. So before you get upset with someone about something they said, it’s good to give them the benefit of the doubt and clarify.

The culture you create is the culture you communicate and reinforce. Since company culture is one of your greatest assets, you can’t leave it to chance.

Have you heard of the term “meaningless culture?” It’s a term coined by Harvard Business Review writer John Hamm in 2006.

Meaning: if you don’t communicate and reinforce your company values and principles at the workplace, you run the risk of having a shallow or random culture.

So how do you communicate and reinforce the values and principles of the culture?

The simple answer is through stories.

We’ve all heard the story of the customer representative in the 80’s who drove 100 miles on his own time to deliver a shirt to a customer of Nordstrom’s.

I heard those stories growing up, and I still remember them. Similar reports were shared internally and externally to Nordstrom in order to emphasize the value of “customer service.”

Ray Dalio published a book called “Principles” listing his company principles inside and outside the company.

What stories are you collecting and telling to share your company values and principles and spread your company culture?

Another one of our values at Magnetic Speaking is “Customer Success.” To ensure we instill this value in the team, we elicit one new customer success story a week in our Monday morning meeting. We document it in a shared folder.

It’s always exciting and reinvigorating to hear those stories, and it reminds us all of what’s essential. Communication culture should be a key part of your company. 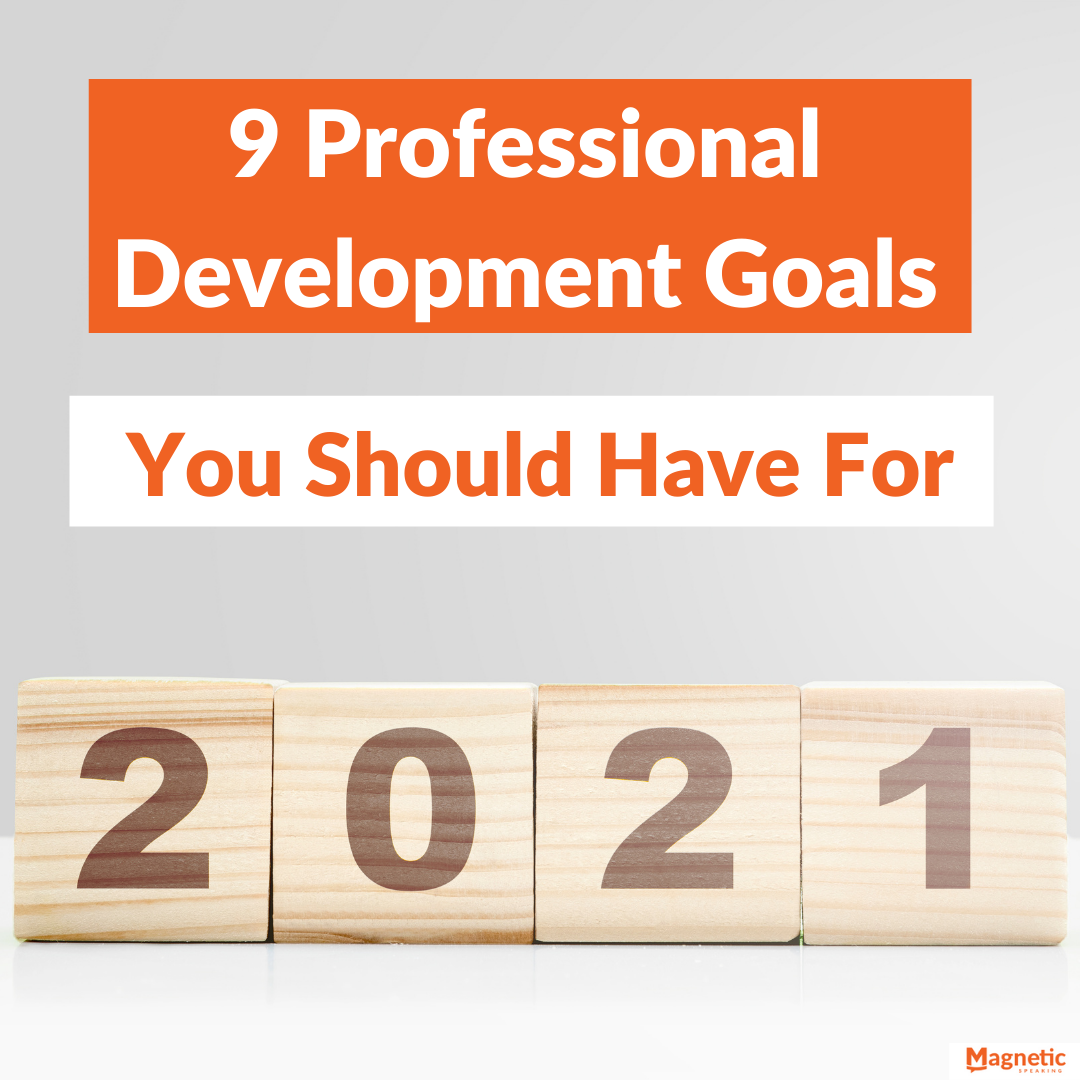 9 Professional Development Goals You Should Have For 2021