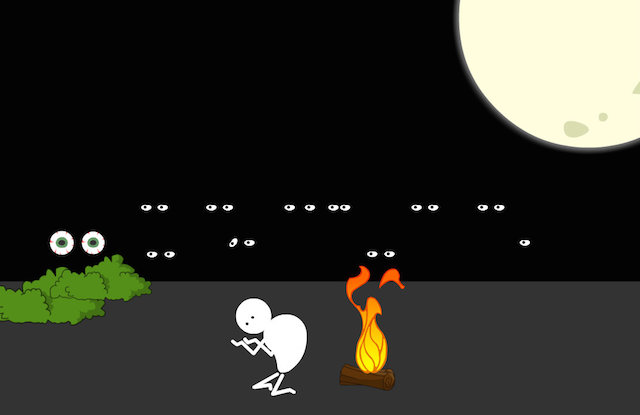 I get asked the following question almost every single day…

“Why do people fear public speaking?”

Over the past ten years, I came across three theories that make sense. I call them “theories” because they are not a verified truth. I don’t know the truth on this matter, however knowing the ideas helps me feel better.

I hope it helps you. If you are not interested in theories and want to deal with your public speaking fear, check out this blog article. Although, the theories below are fascinating, and you might like them…

Scott Berkun, the author of “Confessions Of A Public Speaker,” explains that “the design of the brain’s wiring… Makes it impossible to stop fearing what it knows is the worst tactical position for a person to be in. ” Scott further states, that the “worst tactical position is standing alone, in an open place, with no place to hide, without a weapon, facing a large group of creatures staring at you.”

Our ancestors, who feared and avoided confronting other creatures that looked at them, survived and passed their genes. The genetic advantage that helped our ancestors survive millions of years ago is the curse we suffer from today in the form of public speaking fear.

Even though now we don’t live on the open Serengeti, the ancient part of our brain still thinks we do. When you stand in front of a group of people to speak, your eyes see people, but that old part of your brain still sees a group of hungry wolves.

The good news is that we can rewire our brain. And with continuous practice and retraining, we can override or bypass that old brain.

Are you an Alpha Male or Female? This might be your Achilles heel. (this could be a theory on its own)

Under the Genetic Theory, there is also a sub-theory called the Alpha Effect. You will experience this effects if you are an Alpha male or Alpha female. You are a leader in multiple settings, however, the moment you are among other leaders in the executive suite you feel a sense of anxiety. It seems like you are being evaluated, watched, or threatened.

That’s normal, and it happens to many C-level and director level professionals. This feeling you get is called the Alpha Effect, and it’s genetic.

In the cave and jungle days, there can only be one Alpha in any given group. Anyone who challenged the Alpha person got clobbered. So naturally if you are an Alpha male or female, your body goes into fight or flight mode in the presence of another Alpha; This is all to get you ready for the fight – or maybe the run.

Fortunately for us, we do not live in the cave and jungle days. We live in modern life, and seldom we have to challenge others physically. Therefore the Alpha Effect is an outdated genetic advantage/disadvantage.

We can rewire it by changing our mindset to think of collaboration instead of competition. In ancient times, you had to compete with other Alphas – to secure a better life for yourself-, now, you have to collaborate with them instead.

Once your brain realizes this, your inherent insecurity around other Alpha Males or Females will disappear, and you will see them as working peers instead.

Why do we fear public speaking Theory # 2: 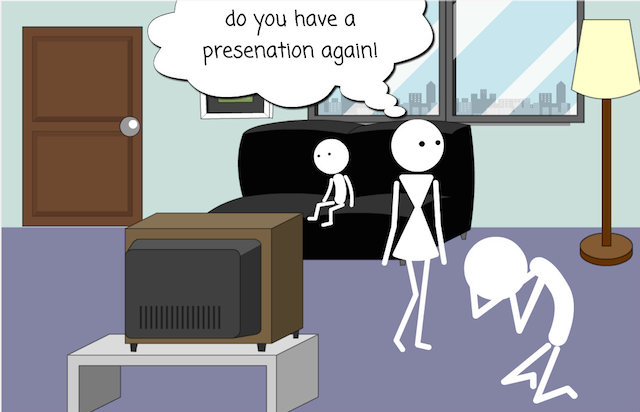 Think back to your childhood. Did your parents fear public speaking? How about your grandparents? How about other adults in your family?

I know I must have picked up at least some of my parent’s fears.

Remember, when you work on overcoming your public speaking fear and anxiety, you are not only doing it for yourself; you are doing for your kids and grandkids.

Public speaking fear is either a learned response, a genetic response or both. I am leaning towards saying that it is a little of both.

Either way, it’s not a critical issue, you can overcome it and use it to your advantage.

Click To Tweet
I hope this answers for you the question: Why do people fear public speaking!

So what do you think? Do you say people fear public speaking due to Genetics or do you think it is social conditioning? I would love to get your input in the comments below.