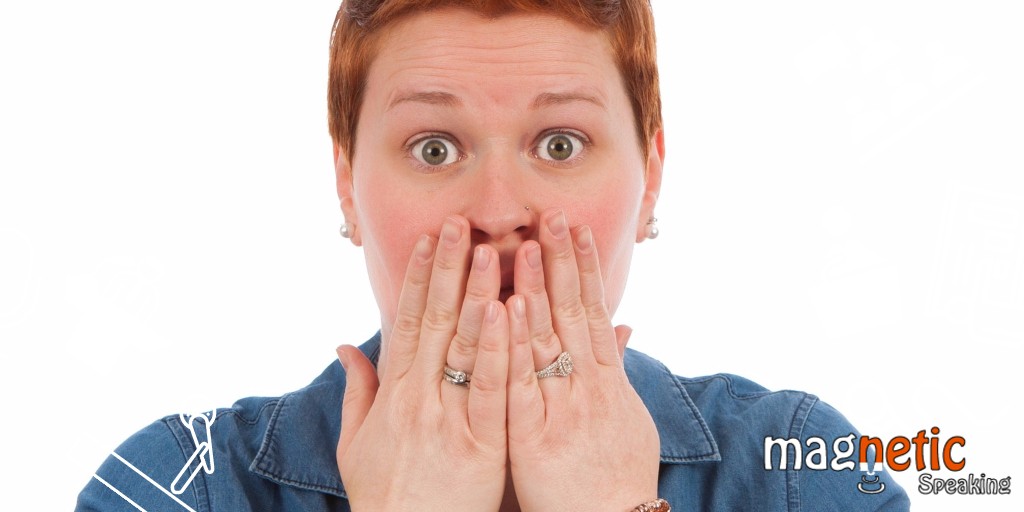 Public speaking fear (Glossophobia) is a form of social anxiety disorder (SAD). There is a lot of misinformation out there about this fear and the number of people suffering from it.

Labeling your fear of public speaking as a social anxiety disorder does not make it a bigger deal than it is. That’s just a term used in scientific journals to unify the language. It does not mean it’s bad or good; it just means that it’s not an ideal to have and with proper knowledge and training you can overcome it.

It’s important to know the facts and separate from all the fiction so that you can start healing and improving right away.

Summary of the 7 fears of public speaking stats:

Overall numbers for the USA:

2- 6% of male Americans have speaking anxiety

3- 8% of female Americans have speaking anxiety

7% of the US population is a big number; that’s about 27 million Americans!

There are more negative effects like contribution to general anxiety and depression which I address in a different article.

How many seek professional help?

7- Only 8% of those who have public speaking fear seek professional help despite the documented negative impact on career and wages.

Only 8% of those who have public speaking fear seek professional help despite a proven negative impact on career and wages.

*** Not all the stats on public speaking and social anxiety vary for many reasons, I am presenting conservative numbers for reference.

There is a number floating out on the web stating that 75% of the population have speech anxiety. I have to admit, that I used that number at some point.  But coming from an engineering background, I wanted a source to verify the information and I could not find it. That’s what started me on the quest to look into this and provide accurate data. The 75% number is not a verified number and if I ever find the source I will update the blog article. However, from my research, I found that public speaking fear stats are less than that.

“A persistent fear of one or more social or performance situations in which the person is exposed to unfamiliar people or possible scrutiny by others. The individual fears that he or she will act in a way (or show anxiety symptoms) that will be embarrassing and humiliating.”

From the definition, you can see how public speaking fits in the category, so does musical performances, acting in theater, or even giving a toast at a party.

Here are the stats for SAD USA.

The source of these statistics is the “Social phobia in the general population: prevalence and sociodemographic profile” published in the journal of Social Psychiatry and Psychiatric Epidemiology.

Note, there are variations between male and female and country to country.

SAD as a percent of population in the USA

When I dug into the numbers, I found that there are variations between individual states in the USA and I only chose to present the overall average.

There are also variations between countries, just for the interest in information, below are the numbers for Sweden.

SAD as a percent of population in the Sweden

As you can tell, there are differences in numbers between males, females and even countries. Please look into your country of origin and share in the comments below. I am sure that would be interesting.

So what are the public speaking fear stats then: 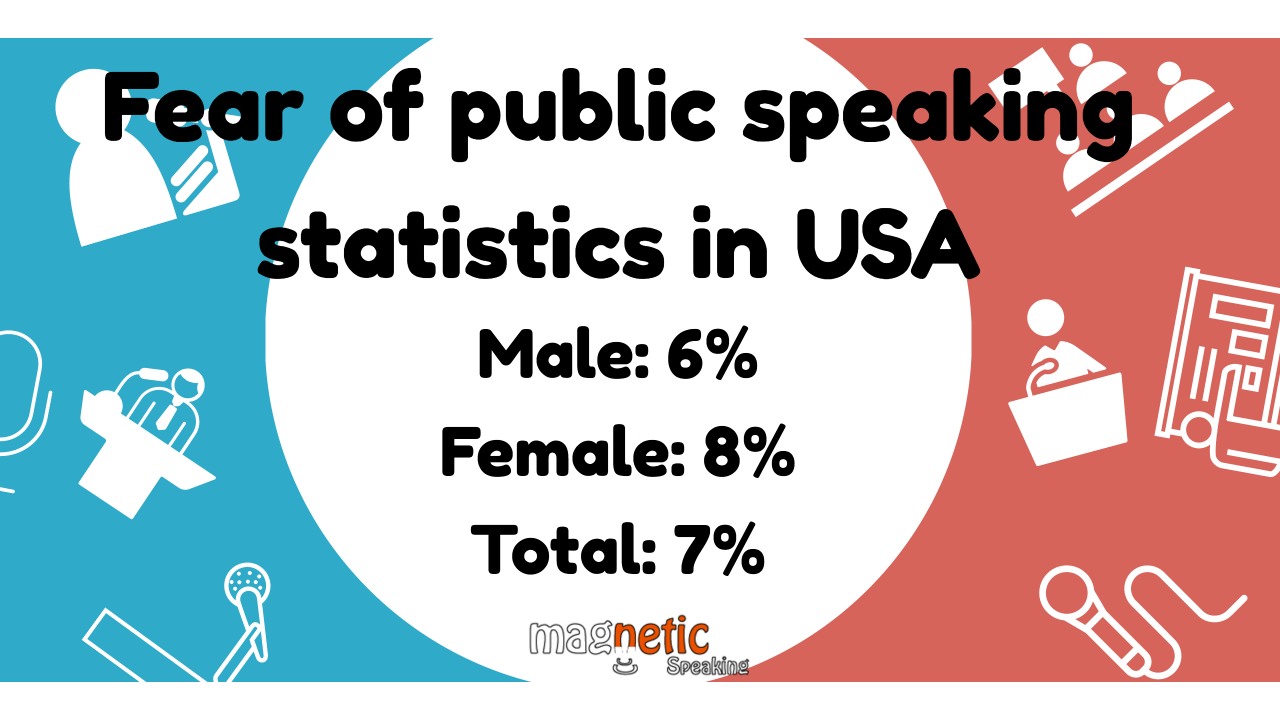 Knowing this, we can adjust our numbers for public speaking fear accordingly (Multiply the percentages from social anxiety disorder by 89.4%)

With Glossophobia or fear of public speaking as a major part of SAD, we can infer more stats about the implication for the sufferers. Here are few.

According to a publication by Columbia University, social phobia has a dampening effect on several aspects of career and life.

Because public speaking fear is a large subset of social phobia, we can use the same numbers to approximate the negative impact of public speaking anxiety on individuals.

I suffered from social phobia and public speaking anxiety for most of my life. I struggled with it and found a way out. I know you can too. It saddens me most when I look at the research and see that only 8% of people suffering from social anxiety or public speaking fear seek professional help.

There are many therapies available to you so that you don’t end up a statistic. I did and still do many things to keep growing and improving my public speaking confidence and ability (and my social confidence).

Fifteen years ago I was an introverted, socially awkward engineer and I knew that my career freedom rests on my ability to free myself from my anxieties. I took acting classes, improvisation, standup company while getting traditional and nontraditional help to reduce my fears. Not to brag, but now and despite all odds, I am a national speaker and author now, and I run the most advanced public speaking training company in the Silicon Valley tailoring training for smart professionals and executives just like you.