7 Ways To Get People To Participate In A Virtual Meeting 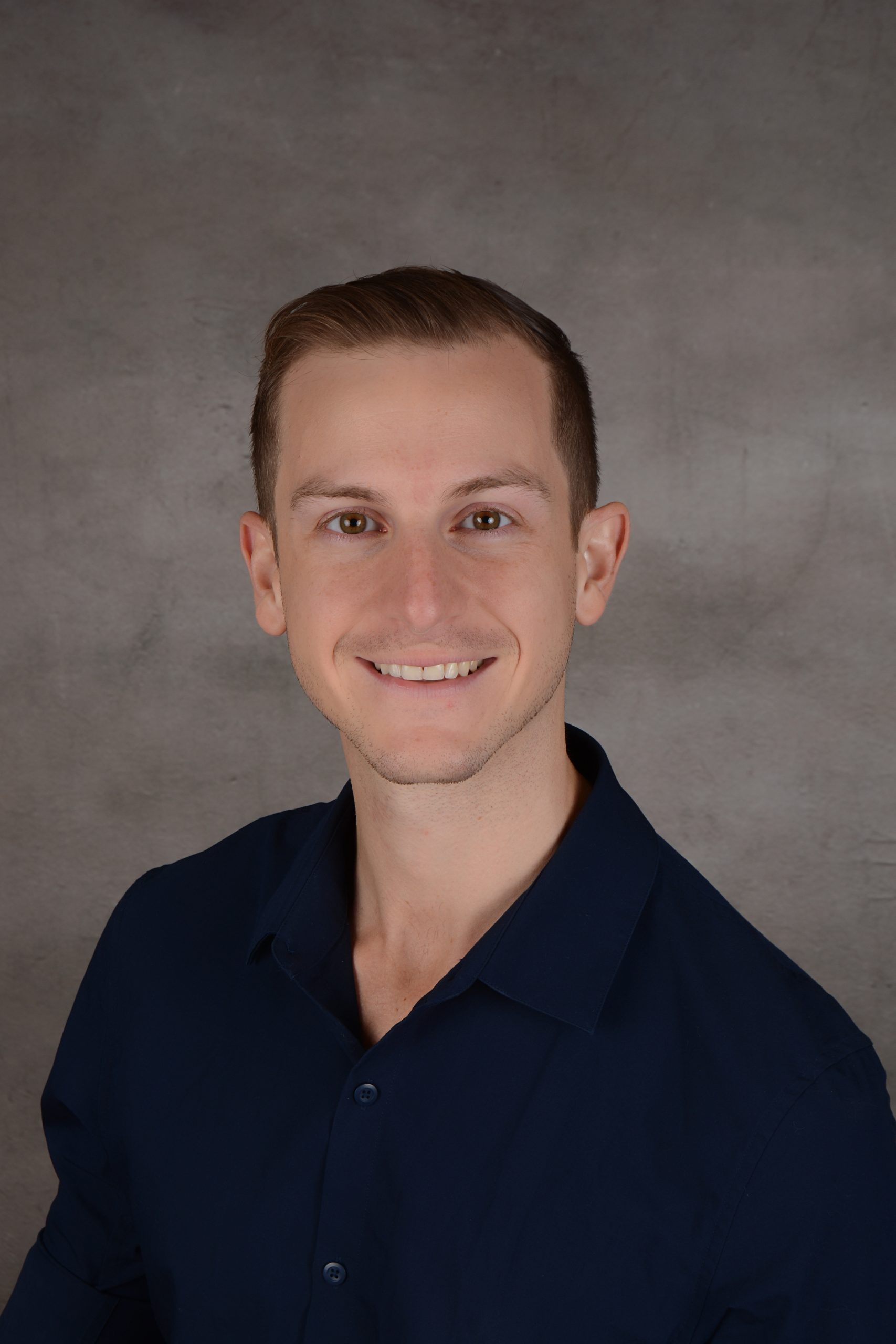 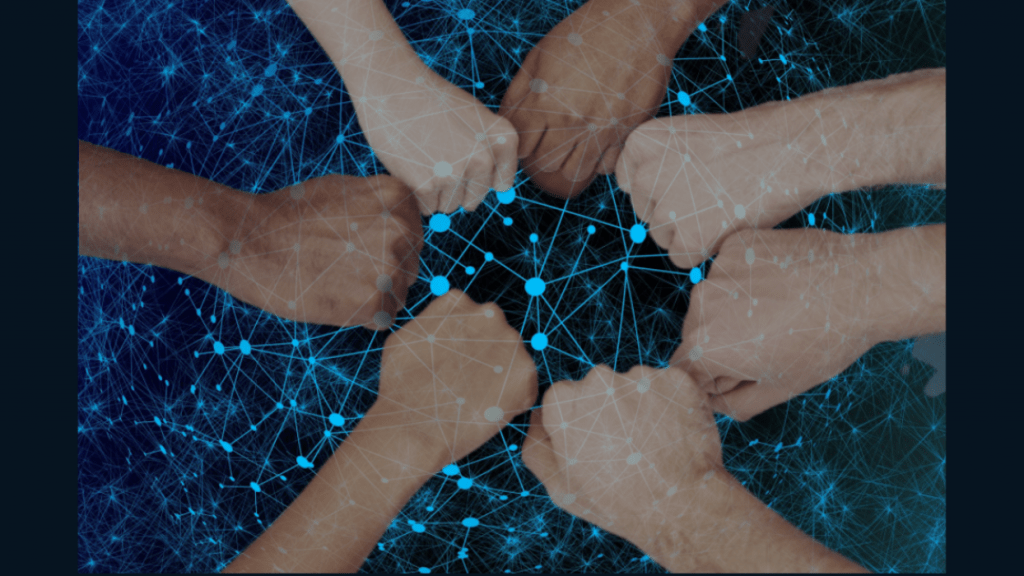 I don’t know about you, but I’ve ran and sat in plenty of meetings where people were on their laptops and not engaged. It felt like a waste of time.

Getting people to participate and be engaged takes the right communication and leadership, especially for a virtual meeting.

Follow these 7 tips so you run productive, virtual meetings that people look forward to and get the best out of your team.

Tip # 1: Invite the Necessary People to the Meeting

“Why exactly am I here?”

If you aren’t mindful about who you invite to the meeting, that’s what some folks may be thinking if they don’t need to be there. The more is not merrier.

Before your meeting, take the time to think through the people that really need to be there for decisions, brainstorming or team-building. If they don’t need to participate and just need an update, consider whether an e-mail after the meeting would be good enough.

If you don’t do this, the worst-case is that a non-essential person takes over the meeting and derails the conversation!

Of course, you do have to invite certain people for political reasons and that’s okay. You want to calibrate to the company culture and make sure people feel included. As long as everyone else needs to be there, you’ve set the right stage for participation.

Tip #2: Encourage People to Use Video

If you want more participation in your meetings, then turn on your camera and have participants turn on their cameras as well.

Turning your camera on will make you a more engaging presenter. The camera will allow you to tap into the visual modality of your audience and engage them at a deeper level than just using audio. Also, if they can see your face, they will feel more socially obligated to respond to your questions and discussions. So lead the way and turn your camera on when presenting and then ask others to do the same.

When others in the meeting turn their cameras on, then they will be less likely to multi-task and more likely to participate. Multi-tasking is the participation killer.

Imagine being in a meeting where others are answering emails, doing laundry, browsing news articles and more. How likely are those people to participate in your virtual meeting? Yes, that’s a big Zero!

So if you want people to do less multitasking and be more engaged in the meeting, have them turn on their cameras. Then leverage your own video to connect with them and get their attention.

Tip# 3  Welcome People by Name as They Come In

A long time ago, a teacher of mine said: “If you want to maximize participation, then you need to maximize safety.”

Think about it. If you feel threatened or uneasy, would you raise your concern or share your opinion in a meeting? Most likely not.

One of the best ways I found to increase safety in the meeting is to start with a friendly welcome to participants as they come in. Imagine you log into a virtual meeting, and you see the host on video with a smile, relaxed shoulders, and says, “Hey Jack, welcome!”

You will feel great at that moment. That’s what we do in our weekly online public speaking classes. We get professionals to join from all over the country.  We make sure that everyone is welcomed by name. When we started doing this practice, we noticed a massive improvement in the comfort level of participants.

If we can get people to relax and participate in a public speaking class, then I am sure this tip will work like magic in your virtual meetings.

Tip # 4: Make Sure the Team Understands the Purpose of the Meeting

As a participant, if you’re not clear on what the meeting is about, the bigger purpose, it’s confusing and will decrease the likelihood that you’ll speak up.

I know this has happened to me in the past, where I come to a meeting and someone starts by going straight into the weeds on an aspect of the project without giving proper context. It can feel like opening a book to the middle and trying to follow what’s going on.

Part of explaining the purpose is identifying the topic, why it’s important, then also explaining the outcome: is this a decision making meeting, brainstorm meeting, update? Giving people an idea of what to expect will increase the chances they participate because they have that foresight.

Now your team understands the purpose of this particular meeting, and you can elevate their engagement even more by reminding them how this meeting relates to the overall vision of the project. What’s the end goal? By reminding people what they’re working towards or the greater vision, it can revitalize the energy and give people a boost of inspiration. This added energy can be especially helpful in a virtual setting.

Tip # 5: Create an Expectation of Participation

After you’ve set the purpose, you need to set the rules of engagement. This is creating an “expectation of participation” right up front.

Let everyone know that you want and value their input and that it’s safe to chime in. Often, people don’t speak up because they’re afraid of sounding stupid or having a “bad” idea, not because they don’t care.

If it’s a brainstorm, tell them that you want all the possible ideas out here. If it’s a decision-making meeting, mention the criteria (does everyone need to agree?).

And if you want a focused session, ask for laptops down and phones away. It shows leadership and communicates that you expect the meeting to be engaging.

Over time, co-workers will associate engaging meetings with your leadership style. So set the rules!

Tip # 6: Pause to Allow People to Digest and Reflect.

At Magnetic Speaking, we talk about the pause in many contexts because it’s a multi-faceted and powerful tool. One benefit of the pause is that it allows people to better understand what you’re saying because it slows down your pacing, giving the listeners’ brains a break to digest information. This can be especially helpful if the topic is complex or technical.

Many people struggle to pause in general and claim that even a 1 second pause can feel like an eternity! Pausing can feel even more challenging in a virtual environment but it’s even more critical here because in the virtual space, we have less visual cues around us. So you definitely need to get comfortable with pausing in a virtual meeting.

First, you want to make sure you’re adding natural pauses to what you’re saying generally. Try a pause between ideas, giving people opportunities to absorb the information. They’ll be more likely to speak up if they fully understand what you’re saying!

Then, when directly asking people a question pausing is a MUST. If you just buzz through what you’re saying and then ask, “OK what do you think”…you might get crickets. It’s normal for people to take longer to participate in a virtual environment because they feel less seen than in a real room, so don’t feel compelled to immediately fill the silence yourself. Let it sit and even ask a follow up question like, “does that make sense?” or “are you with me?” to prompt folks.

You can also directly give people permission to stop and think by saying something like, “I’d love to hear your feedback, take a moment and let me know what you think.”

Lastly, in a virtual meeting, there is often a natural delay. It might feel like forever at first, and again you might feel the urge to fill the silence, but get comfortable with it and you will see that the added pause can allow for even more space for participation.

#7 Call On People By Name

If you’ve laid out the foundation, set expectations and did everything listed in the previous tips you’ll see more participation than ever.

If it’s been a long meeting and focus is starting to waver you can use this method to inject immediate energy into the meeting. The method is to call people by name so you keep them attentive and on their toes.

When you start to call people out by name, people’s ears will start to perk up. This happens because no one wants to be called on and appear clueless to what’s going on and ask, “sorry, I missed that…what was the question?”

That’s called ‘having a provoking facilitation style’. This will provoke conversation to get the ball rolling because now Brian has to comment on what Sarah said.

Not only does this keep people on their toes, it also helps with encouraging the more introverted or shy folks to talk in the meeting and express their thoughts to the group. Because introverted people don’t openly share their thoughts as easily as extroverted people, it’s helpful to offer this extra nudge. That’s what you’re giving them when you call on them by name, the encouragement to speak up.

Starting with people you know are open to sharing and then expanding little by little is a good strategy to build trust as a team.

Using these tips will help you get maximum engagement in your next virtual meeting. Over time, these methods set the tone for having lively, energized and productive conversations. 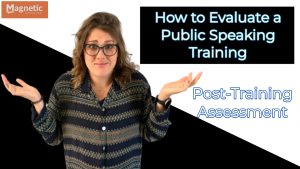 How to Evaluate A Public Speaking Training (Post-Training Assessment)

How Do I Assess My Team’s Public Speaking Skills? (Needs Assessment) 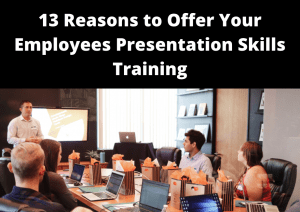 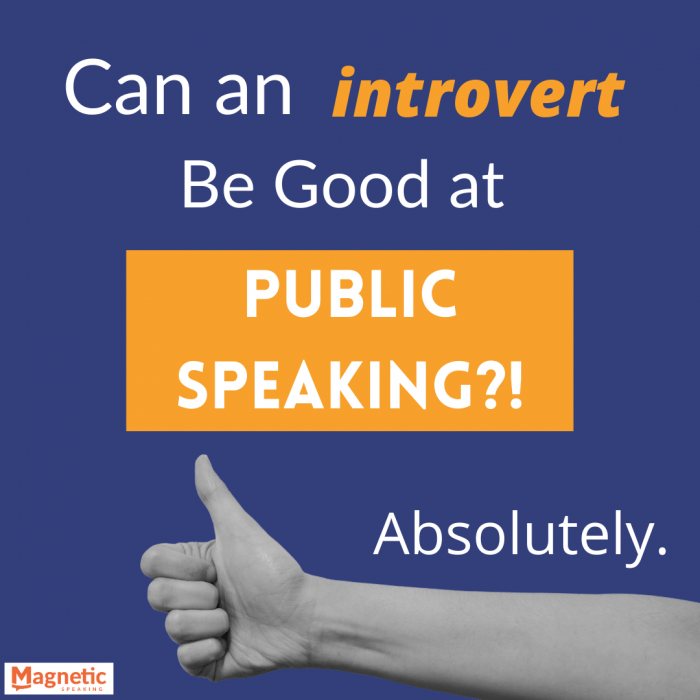 How To Crush Your Fear Of Public Speaking As An Introvert